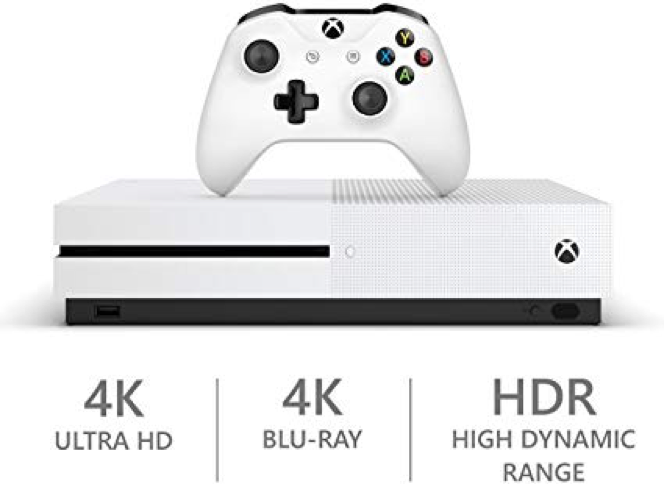 If you are one of those people who feel relaxed while playing video games then target black Friday has a great offer for you. The Microsoft XBOX ONE S is on sale at Target and you could get the console $199.99. It will cater to all your gaming needs and is a lot more affordable than the X BOX ONE X or the PS4 Pro.

Now, if you are really excited and are about to go to google the reviews for the console before buying it. Wait a moment! There is something that will make it a lot easier for you to decide.

You don’t need to go anywhere for the reviews as it is right here.

First of all, let us take a look at the pros and the cons of the One S.

XBOX One S is the middle child in the XBOX One family. Most people either have the XBOX One X which is fairly expensive or are happy with their XBOX Ones. The One S is a perfect console for a casual gamer who wants to venture into the 4K gaming without breaking their banks.

There are lots of comparison videos online to help you choose the best console for yourself. But here we will discuss why should you prefer the XBOX One S. 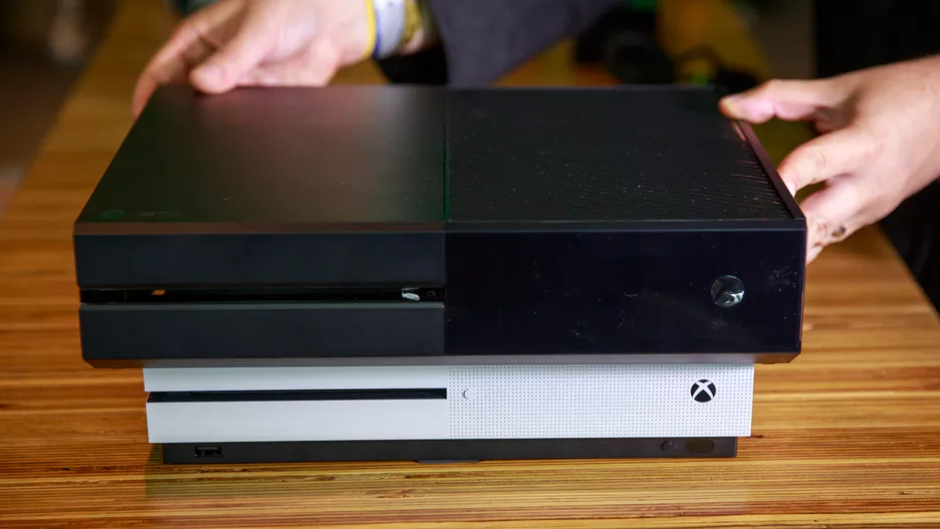 (XBOX One on the top; XBOX One S, below)

You would want your new gaming console to look classy. Microsoft has kept that in mind while creating the XBOX One successor. The original XBOX One was bulky and looked out of place with the new 4K TVs which are thin as paper and look classy. So, in order to make the console look great with your 4K TV, Microsoft has made it sleek and elegant and the best thing is that this time you can also place the console vertically (A stand would be needed for that).

The original XBOX One came with an adapter which doesn’t go along with the modern style. So, the new One S has the adapter portion built into its body and all you get is the power cord. Another big improvement is that the power button is physical this time. This means you can now feel that you have pressed the button and you won’t end up turning off the console while trying to clean the dirt around the button.

Overall, the console is way ahead of its predecessor in terms of design and will definitely fit well in your home theatre setup. 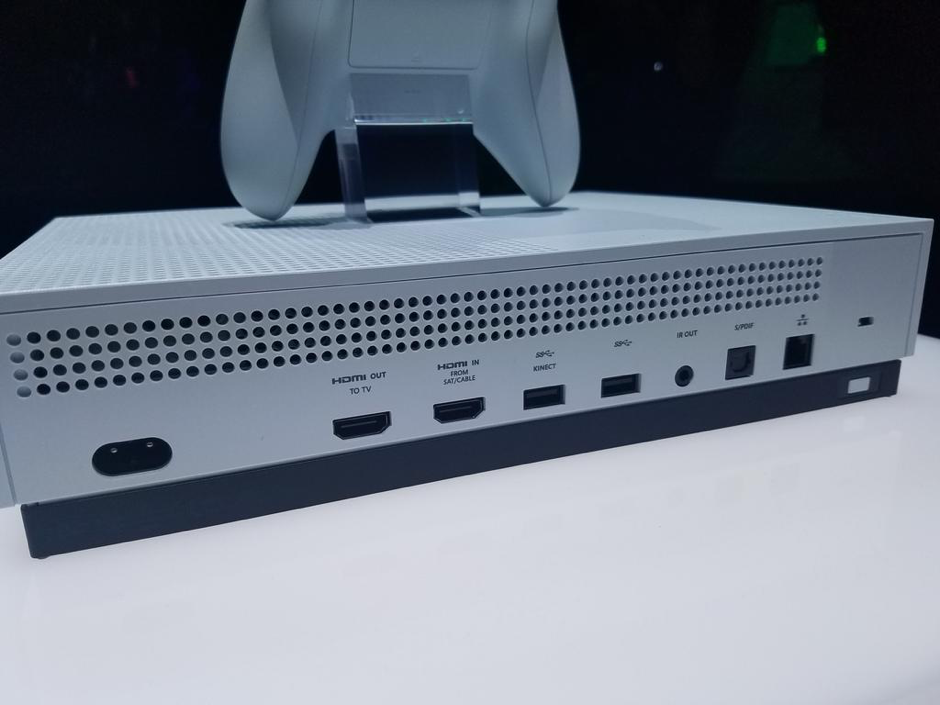 The connectivity options on the One S include an ethernet port, optical output port, Infrared receiver, 2 HDMI ports (one for input and another one for output) and 2 USB ports. There is also a USB port in the front. Sadly, the console doesn’t have an inbuilt feature to connect the Microsoft Kinect System and you will need to purchase an adapter to use it.

The connectivity options are plenty and you won’t be missing anything in the One S. 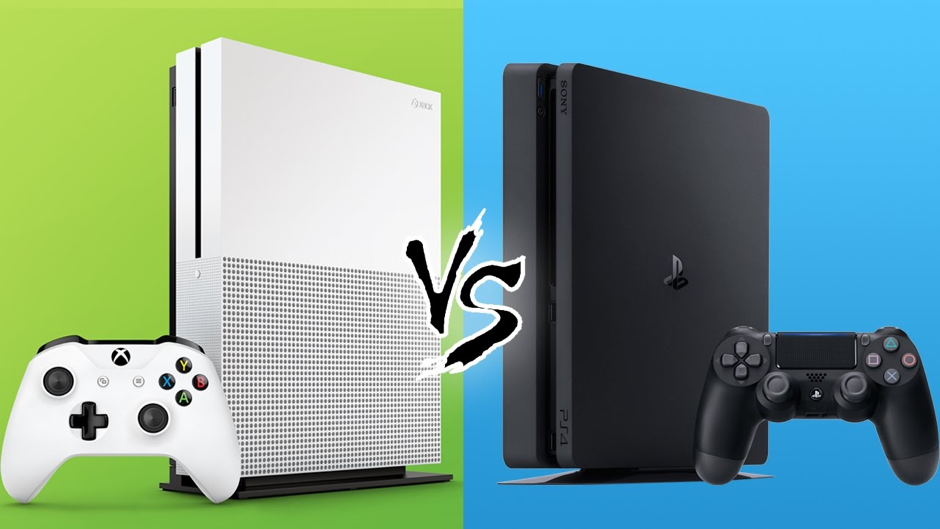 If you have used an XBOX One controller then there isn’t much difference when it comes to the XBOX One S controller. The major change is that the controller uses Bluetooth which means you don’t need to get a Microsoft dongle in order to use it with a PC.

The controller comes in a white color which means that you need to clean it regularly. The controller also has a textured grip which makes it easier to hold in case you have sweaty hands. This is a huge improvement over the previous one.

In terms of design, the XBOX One controller was great but the One S controller is even better. The new controller still has the same old problem. The batteries are still those 2 AA ones and you would need to invest additional money to get the rechargeable kit.

Why XBOX One S and not PS4?

The second option that comes to most people’s mind when it comes to gaming consoles is the PS4 from Sony. If you are looking for cross-play which means an ability to play against your friends who own a computer then XBOX is a perfect choice. The PS4 might provide a subtle improvement in terms of frame rate and resolution when compared to the One S but it is not noticeable.

When it comes to exclusives Sony has a lot more to offer but Microsoft isn’t lagging far behind. You get exclusives such as Gears of War, Halo, Cuphead, Ori, and the Blind Forest, Forza and lots more. These are great games and you would definitely enjoy them. Unfortunately, you won’t get the brilliant games such as God of War, Uncharted and The Last of Us.

The console is backward compatible with the XBOX 360 to a large extent. You can play almost all the games available on the XBOX 360. Microsoft has also announced compatibility with the original XBOX as well. This means you get to play all the nostalgic games on your modern console at 4K resolution. This is a huge win for Microsoft as Sony has made it clear that they won’t be going for backward compatibility.

The most important function of a console is to play the game. The One S is great for 4K gaming even though it isn’t as good as the PS4 Pro. The One S upscales the games to the 4K resolution on its own or you can let your TV handle it.

The gaming at 4K isn’t native and is done by upscaling the 1080p content. Games like Tomb Raider and Fallout 4 take about 15-20 seconds to start. After the initial delay in the loading, the games look absolutely gorgeous. The games run a lot better than the original XBOX One but still don’t look as good as the ones on the XBOX One X. The frame rates are higher and some games even come with the HDR options.

The apps such as Hulu, Netflix, Amazon Prime Videos and YouTube all are available on the XBOX One S and work extremely well at 4K resolutions. If 4K Blu-Rays is your thing then the One S comes with an inbuilt Blu-Ray player to help you enjoy the movies with amazing details and quality.

XBOX One S is a brilliant console if you want to enjoy 4K content and games without paying too much for a console and it is perfect for the casual gamers. If you want an even better 4K experience on your TV then you should go for the XBOX One X which is available at $399.99 during the target black Friday. So, get yourself the perfect console and happy gaming. 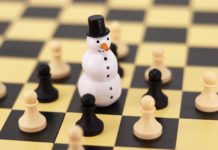 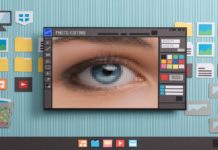 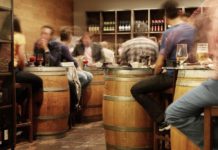 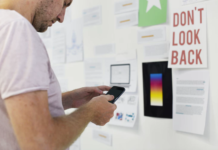 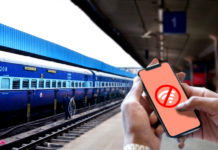 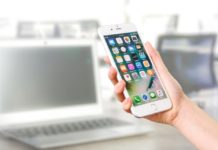 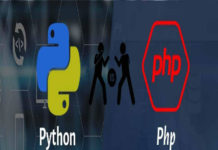 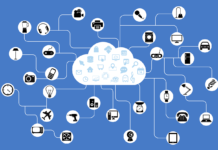